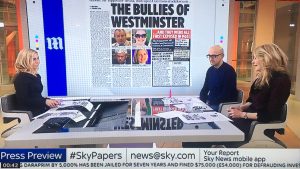 Christina is a regular commentator on radio and TV news. A regular guest on the Sky News press preview, she has been on Newsnight, Channel 4 news, BBC news, Al Jazeera and ITV’s Tonight and was a regular guest on The Review Show before it ended in 2014. A frequent contributor to the Jeremy Vine Show and BBC 1’s Sunday Morning Live, she has also been on the BBC World Service, Radio 4’s Today programme, Radio 3’s Night Waves, LBC and Radio Five Live. 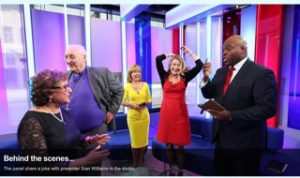 She has contributed to TV documentaries in France and Sweden, made programmes for Radio 4, and a short film for The One Show, shown to coincide with the release of the Francis Report.

Her “Four Thought” for Radio 4, “Care to be a Nurse?”, is now widely used as a teaching tool for nurses, and was praised by The Spectator for its “breathtaking frankness”. You can read the review and you can listen to the programme.

You can listen to some of her radio programmes below.