Christina has had several regular interview slots, including “The Christina Patterson interview” in The Independent. Readers say she has an unusual gift for building up a rapport with an interview subject, and drawing out confidences that surprise them both.

She asked Sarah Lucas, for example, if she had ever had a sexual relationship with Tracey Emin, and got the surprising response that Lucas thought she wanted one, and that she thought Emin’s work was second-rate.

In her interview with Paula Rego for the Sunday Times magazine, she learnt that the grande dame of British art had had nine abortions, because she didn’t want to spoil her lover’s sexual pleasure, and that she now sometimes takes a model of Benedict Cumberbatch to bed.

She did the first interview with Gordon Brown after he left office, spending a day with him in his freezing constituency. Afterwards, she was told by two of his closest colleagues that the interview was the most accurate portrayal of the man they had read. The interview was mentioned on both radio and TV news.

Gordon Brown: There is life after No 10

In his first major interview since losing the election, the former Prime Minister tells Christina Patterson why he's thriving as a constituency MP - and happily living without the trappings of power

The last time I saw Gordon Brown, he made me cry. It wasn't just the way he stood, a Heathcliff battered, but not broken, a wounded warrior setting his face, one last time, against the glare of the cameras, and the gaze of the cackling hordes for whom he had been sport.

It wasn't just the tribute to his family, and his staff, and to the soldiers whose hands he had shaken. It wasn't just his assertion that he had learnt "much about the very best in human nature and a fair amount too about its frailties", including, he was careful to add, his own. And it wasn't just those scrumptious little boys. It was the whole damned caboodle, the whole tragedy of it, and dignity of it, and pity of it, and screaming, howling, frustration of it, that what had started so well had gone so badly wrong. 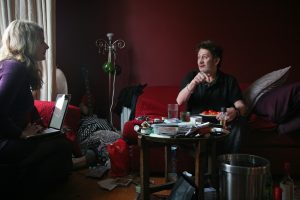 Thirty years after the formation of the Pogues, Shane MacGowan is still here. But will he ever be able to get used to the idea that one day he won't be?

Age takes its toll. If, for example, you're a rock star who became very, very famous 30 years ago for taking traditional Irish music and giving it a wild, punk twist, and you also liked a drink, then you might not look quite as sprightly as you used to. And if, for example, you're a journalist who has interviewed quite a lot of artists over the years, and you keep reading that the rock star you're about to interview is often several hours late, then you might not feel excited, or indulgent, but quite tired and cross.

You might even send an email to the rock star's girlfriend, saying that you do understand that her boyfriend, who's called Shane MacGowan, isn't always the most punctual person, but that since you're flying in and out of Dublin in a day to do the interview, your schedule is actually quite tight. And when you get an email back saying that "there is usually a delay", and then another one suggesting that you get a later flight back, you might have to fight the urge to say that perhaps the rock star could just bloody turn up.

You can download pdfs of the following interviews from the Sunday Times magazine: