Consulting, writing and advising with a human touch

In the age of 24-hour news, social media and information overload, it’s harder than ever to be heard. Drawing on her experience as a top columnist, journalist, broadcaster and chief executive, Christina will give advice on how to get your messages across. She will help you find your voice – and stand out from the crowd. 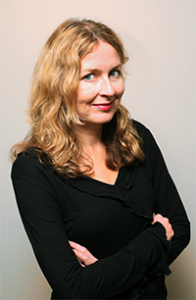 Every leader, every organisation and every business needs a story. It needs to be a story that strikes a chord with the people who work for it as well as the people who don’t. Christina can draw out the story of who you are and what you do, and help you tell it to your colleagues, stakeholders, media or the board. She’ll cut through the flab, blast through the jargon and come up with a narrative that’s lively and clear.

Christina does interviews, story gathering and writing for businesses and charities. She has interviewed Ethiopian coffee farmers for a leading coffee company. She has interviewed trafficked Nigerian women in Sicily for an anti-slavery charity. She has written the 2018 World Alzheimer Report for Alzheimer’s Disease International, and talked about it on Sky News. It was described by one leading international scientist as “the best report I’ve ever read”.

In the digital age, everyone has an opinion, but most are lost in a babble of white noise. If you really want to be a “thought leader”, you need to understand how the media works. Do you know what makes a story? Do you know what makes an editor smile? (Do editors ever smile? Answer: not very often.) Drawing on her experience as a comment editor as well as a columnist, Christina will help you frame an argument that will actually get heard.

To find out how Christina can help you tell your story, face the media or shape an argument that will start a conversation, contact her here. She also offers workshops on Communicating with Confidence, An Insider’s View of the Media, and Tackling Twitter.

Speeches with a punch

Are you more gripping than a smartphone? When you give a speech, you need to be, unless you want to look out at a sea of people, scrolling down or swiping left. Many people say they would literally rather die than submit to the horrors of public speaking. Being buried alive was close behind on the list. Death was number four.

Christina has given some excruciating speeches and now knows how to do it well. She can help you with your performance and your delivery, but she can also help with the speech. She can help draw out your story in a way that packs a punch and write it in a way that sounds like you. “Let thy speech be better than silence,” said the Greek historian Dionysius of Halicarnassus, “or be silent”.  But sometimes you don’t have a choice.

It's hard to overstate how important Christina's work was in helping us take the next step in developing our communications. As someone who combines huge experience as a journalist with experience of leading an organisation herself, she helped us get to the heart of the key issues and develop practical plans for action. Without a doubt, one of the best investments I've made in the past couple of years.

Christina provides invaluable strategic counsel, thoroughly challenging our thinking which has resulted in a refining of our planning process. She has played a significant role in the development of our health policy and government relations communications strategy. She has built the confidence of the press office team through a dedicated media relations training session, enabling them to clearly articulate and robustly defend key messages.

Engaging Christina to help us shape our communication and understand the value of different communication tools has made a significant difference to our organisation. She showed us just how powerful simple imagery can be as an effective backdrop to great conversations. Christina helped us see how to deliver a complex message in ways that allows the client to experience the full benefit.

I have felt privileged to have Christina working as journalist-in-residence with my team at the University of Surrey. She has  assisted academics to communicate  research findings more effectively and to engage positively with the media. Christina has also made a significant contribution in helping the team to develop more accessible and engaging writing strategies, generously sharing her expertise as an experienced journalist and writer.

As our strategic political advisor, Christina was absolutely fundamental to our success in maintaining our impartiality, while delivering the right messages to politicians and political parties, understanding their policies and differentiating each from the others in language which made the May 2015 General Election comprehensible to the average voter.

It was a delight working with Christina. She engaged extremely well with the researchers and other stakeholders, quickly building rapport and representing their contributions.

She adapted very quickly to the technical scientific terminology and usefully adapted this into her own style, which has helped us reach a much wider non-professional audience than our previous reports. We have received extremely positive feedback from the contributors, our member associations and our wider networks, and are very happy with the final report.

Paola Barbarino Chief Executive Alzheimer’s Disease International
We use cookies to ensure that we give you the best experience on our website. If you continue to use this site we will assume that you are happy with it.Ok